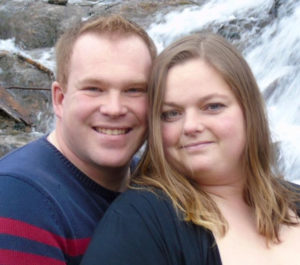 Lee-Anne and Terry Leathwood are the proud owners of Lil' Dreamers. Lee-Anne and Terry purchased Kids Palace in May 2017 and converted it into the Lil' Dreamers everyone loves today! Lee-Anne and Terry met in 2006, married in 2008 and have three daughter Ashley, Mackenzie and Amber. Lee-Anne has worked in childcare most of her life, her parents ran a dayhome for 35 years which started Lee-Anne's love of childcare. Lee-Anne received her degree in Early Childhood Education (Level 3) at Mount Royal University in 1998. Since then Lee-Anne has worked and directed several childcare centres! Lee-Anne is the Director of Lil' Dreamers, she is face of the business and the glue that keeps everything together. Terry has worked in childcare since 2010 and has achieved his Level 1 in Early Childhood Education. You may not see Terry as often as Lee-Anne, as he works behind the scenes taking care of HR, Administrative and financial aspects of Lil' Dreamers, so if you ever have a problem with your invoice, his door is the one you bang on! Lee-Anne and Terry are so excited to serve and be part of the Carstairs community, and enjoy providing incredible childcare to the Carstairs and Area residents!